Daniel Reichard, who created the role of Bob Gaudio in the Original Broadway Cast of JERSEY BOYS, will return to the world-famous Birdland Jazz Club stage in New York City on December 20, 2021 at 7pm with his new show, “Let’s Christmas!”

Since 2006, Reichard has made his holiday concert an almost annual event, having played sold-out engagements at venues including Birdland, Lincoln Center, Feinstein’s 54 Below, the Alvin Ailey Theatre, and Haswell Green’s. This year, he will present a one-night-only evening of stories and songs at Birdland where he has headlined multiple times over the past decade.

“Returning to the Birdland stage once again is truly an honor,” Reichard states. “It is a New York City institution with an amazing history, and I look forward to celebrating the holiday season there with my phenomenal band.”

The evening will feature holiday hits from various decades, as well as Reichard’s signature storytelling and comedic observations. The show is directed by The Band’s Visit choreographer, Patrick McCollum. 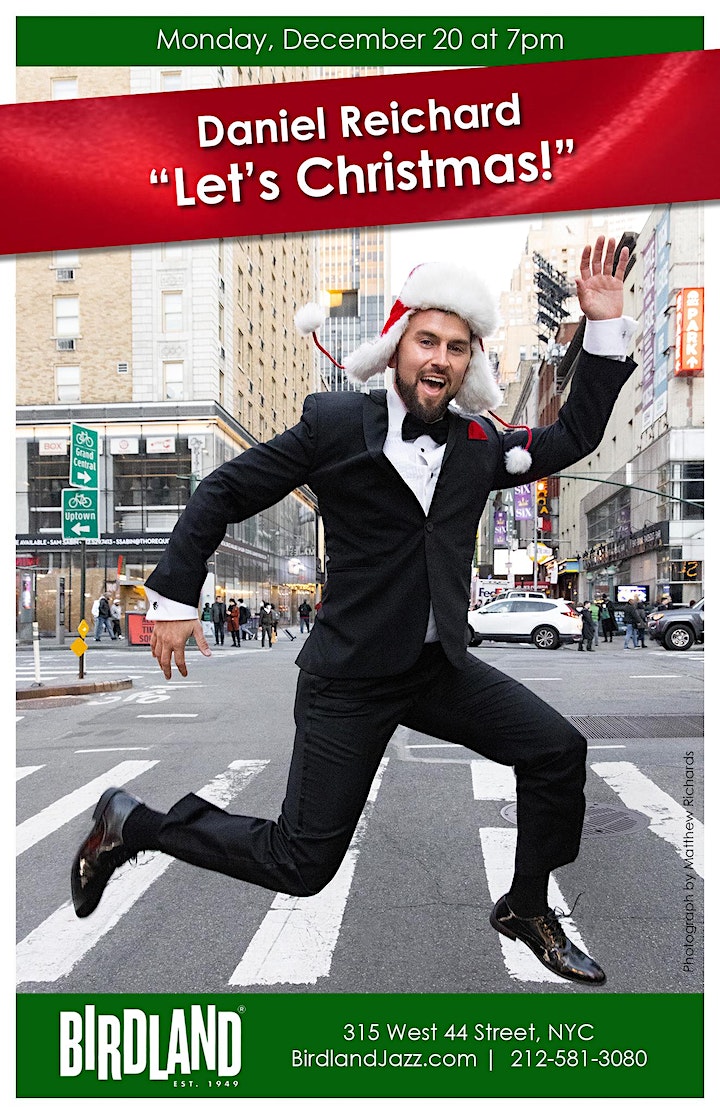