Catch the David Finck Quintet at the Birdland Theater on February 21st at 8:30pm!

David Finck is among the most sought after musicians in New York. His playing can be heard on more than 250 CDs including Multi platinum, Gold, and Grammy winners.

David has produced recordings for Tom Wopat, John Basile, Carol Fredette, Melissa Ericco, and Christy Baron. His 1991 article for the Village Voice led to a contribution to the book: Frank Sinatra; The Man, The Music, The Legend. (University of Rochester Press)

Visit David on the web at www.davidfinck.net 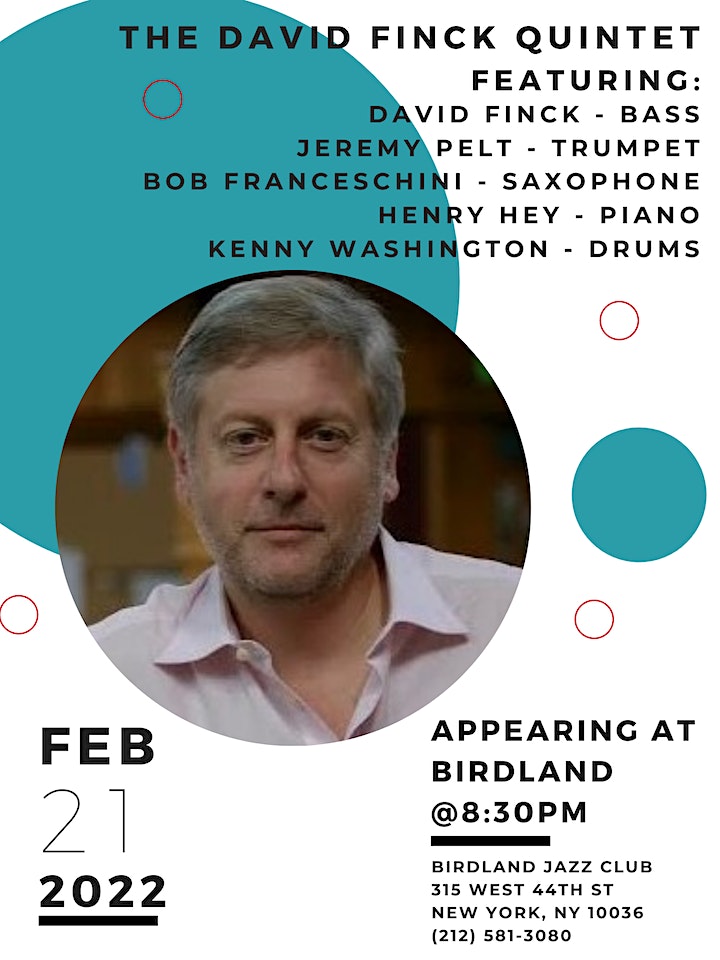