As an acclaimed trombonist, composer, and producer, Delfeayo Marsalis has also dedicated his prolific career to music theatre and education. Along with the Marsalis family of musicians including his father Ellis, the artist was destined to a life in music.

Marsalis has toured internationally with jazz legends such as Ray Charles, Art Blakey, Max Roach, Elvin Jones and Slide Hampton, as well as leading his own groups.

At the age of 17, Marsalis began his career as a producer and has to date produced over 120 recordings garnering one Grammy award and several nominations.

In 2008, he formed the Uptown Jazz Orchestra, a highly entertaining ensemble that focuses on maintaining important jazz traditions such as riff playing, New Orleans polyphony and spontaneous arrangements.

For more information about the Uptown Jazz Orchestra, visit https://theujo.org/ 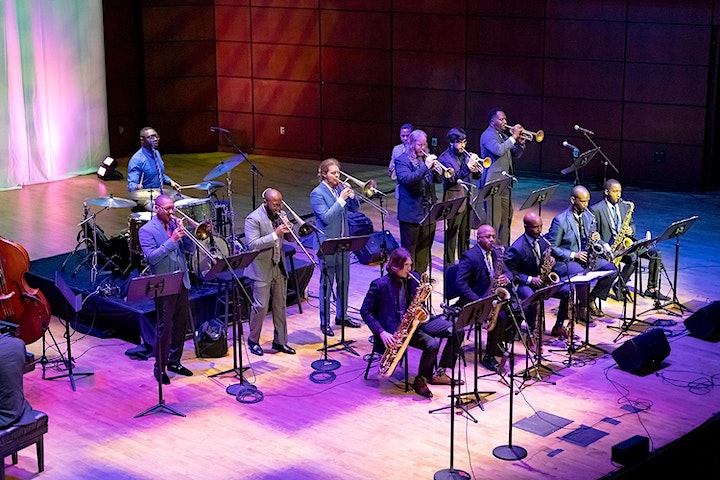