Join Linda Lavin as she celebrates the release of her most recent solo album, “Love Notes” at Birdland on June 27th at 7pm!

Ms. Lavin will be joined on stage (as on the album) by her longtime collaborator, pianist and singer Billy Stritch, leading a band that will also include Aaron Weinstein on violin and mandolin. “Love Notes,” an elegant and swinging mix of timeless standards, jazz classics and gems of the pop/rock era highlights Lavin’s burnished vocals, which bring out new and unexpected shades from classic standards by Cole Porter, Duke Ellington, Richard Rodgers, Vernon Duke, Steely Dan and The Eagles.

A Tony winner for her performance in 1987’s Broadway Bound, Lavin also earned Tony nominations for performances in The Last of the Red Hot Lovers, The Diary of Anne Frank, The Tale of the Allergist’s Wife, Collected Stories, and The Lyons. Linda has also won two Drama Desk Awards, two Obie awards, and two Golden Globe awards. She was inducted into the American Theater Hall of Fame in 2010. After an impressive television career, including nine seasons starring as the title role on TV’s “Alice,” Linda can currently be seen weekly on CBS in “B Positive.” 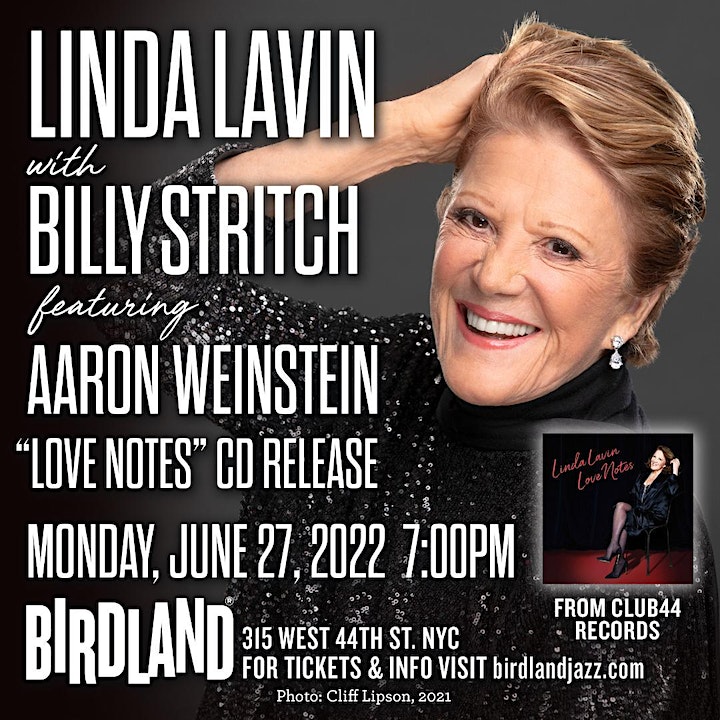