Join Palladium in the Birdland Theater for a special event tributing the music of Wayne Shorter, with guest artists each evening!

Palladium is a Wayne Shorter repertory group founded by producer Jesse Markowitz. Jesse has worked for Wayne since 2015 running his social media, and started Palladium in 2018 as a way to help spread Wayne’s massive audience to the emerging musicians on the New York scene. Palladium has released two albums, both of which include spoken word cameos from Wayne himself; “2020” features over 30 musicians in a variety of settings, and “Don’t Look Back” focuses on a single quintet featuring the legendary Victor Lewis on drums. Both are available on Bandcamp: https://palladium825.bandcamp.com/album/dont-look-back

The music of Wayne Shorter 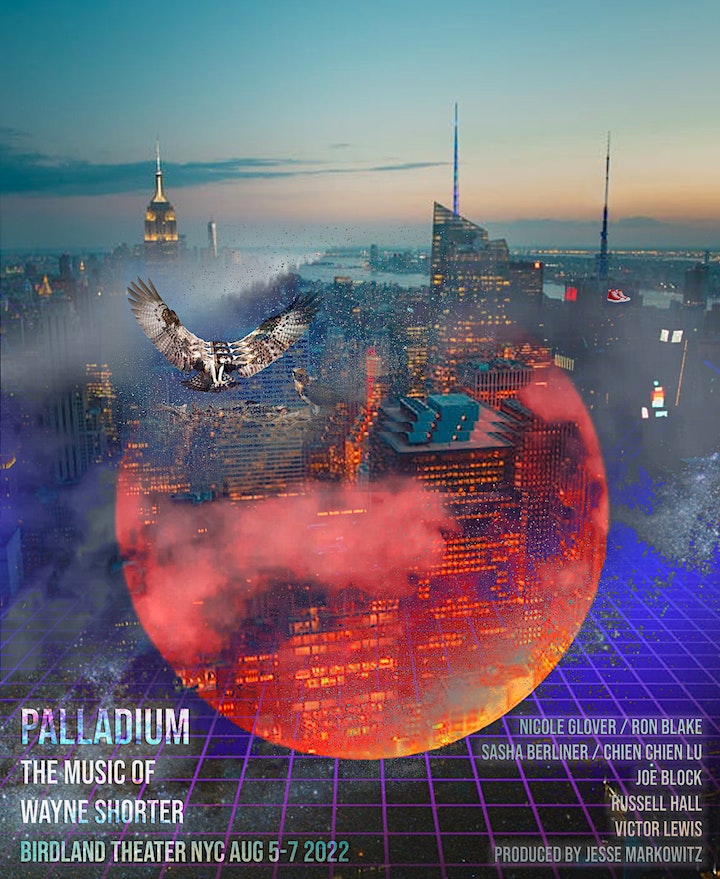