Scott Robinson Quartet in the Theater The Scott Robinson Quartet, fresh from its spring West Coast tour, will make a return appearance at Birdland Theater on August 19th -21st!

The Scott Robinson Quartet has been performing a mix of original music and distinctive interpretations of standard material for about nine years, during which it has developed a strong group rapport and identifiable sound. This is a band that can cover quite a lot of musical territory with creativity and conviction.

This allstar group includes Helen Sung, Martin Wind (19), Rufus Reid (20-21), and Dennis Mackrel. Their album Tenormore was named “Best New Release of 2019” in the JazzTimes Readers Poll, and Scott recently won two Jazz Journalists Association “Player of the Year” awards for both brass and reeds… the first ever to do so.

The quartet will continue to celebrate the centennials of Frank Wess and Charles Mingus, in addition to performing their original repertoire. Come and hear why the Rochester International Jazz Festival declared this band to be “one of the finest groups we have ever presented.”

Maria Traversa for the group shot, and Bud Glick for the individual 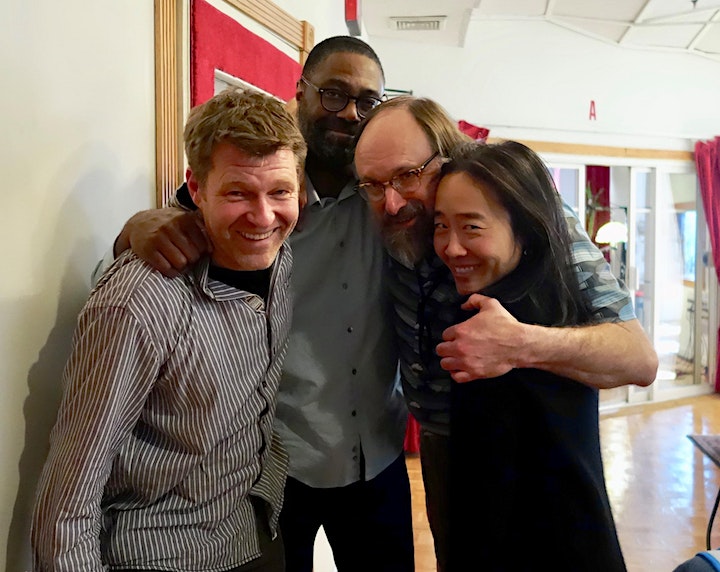